There is this fruit that I overly adore! I’ve only known how to say it in Kreyòl. So I googled it. Turns out, the scientific name is Melicoccus bijugatus and commonly referred to as “Spanish Lime” in the United States.

But in Kreyòl, we call it “kenep”. I fell in love with this fruit when I was a little girl in Haiti. Therefore, whenever I get my hands on a batch of kenep I will eat and eat and eat.

If you live in Miami, you’ll often find people selling bags of keneps along the side of the street. Butttt there is nothing like the ones from Haiti. Among the ones that I’ve bought in Miami over the years, I vaguely recall having some really good ones. However, I was able to get my hands on some really sweet ones recently.

And what did I decide to do? Try to grow a kenep tree of my own.

I thought I would share my process behind getting these keneps ready for planting with those who love this fruit as much as I do.

Soooooo here it is.

Once I finished indulging in its deliciousness, I soaked them in an enclosed container of water for two days. Then, with the use of a paper towel, I rubbed off the fruity flesh.

After doing so, I placed them outside in the sun to dry. And after about an hour I was left with this! 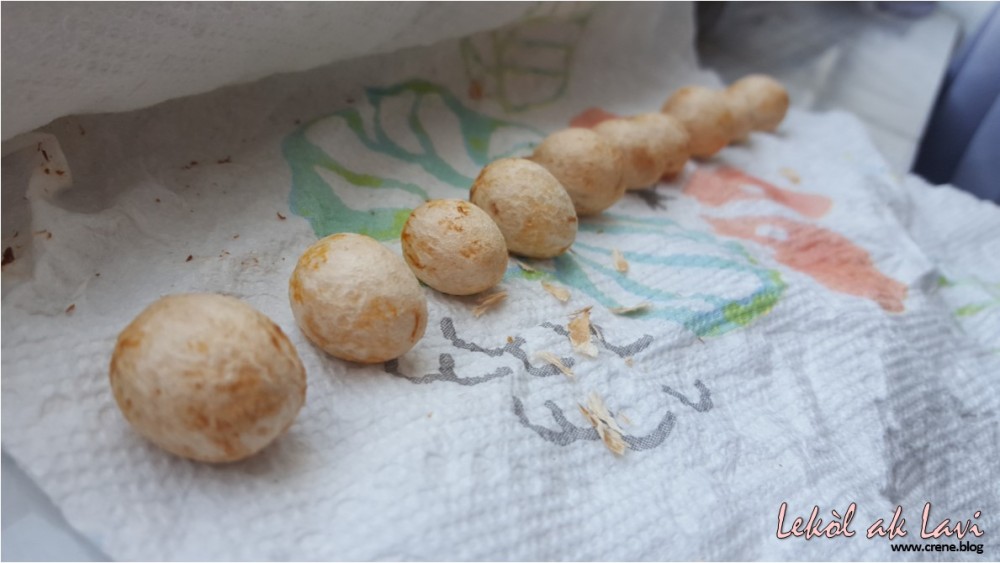 But that’s not all. This is actually a protective layer surrounding the seed. I had to chip this away to reveal the seed.

Once I did so, I was left with these naked kenep seeds! 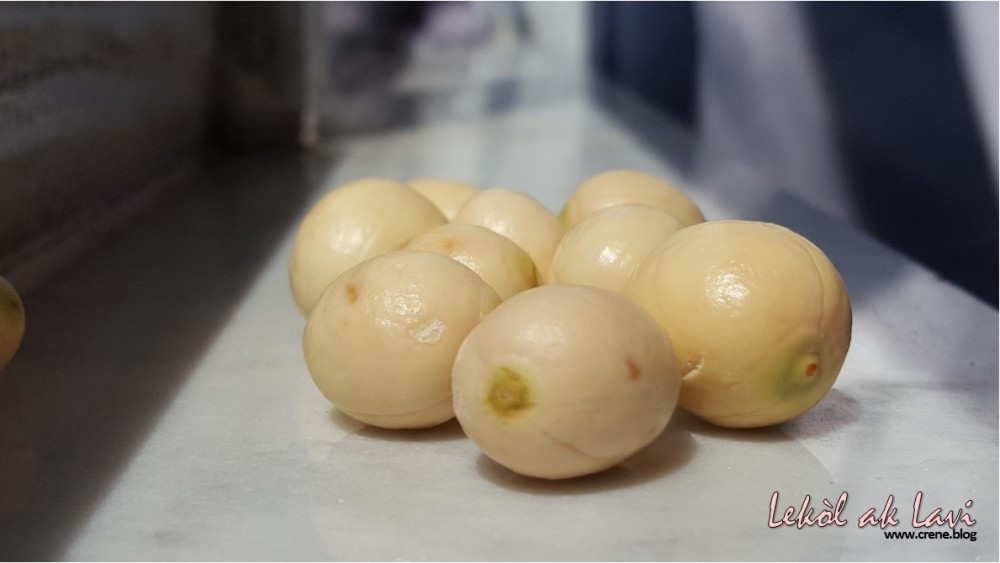 Now, here comes the important part…germination. I have 10 seeds and I’m hoping that at least one takes. I did two seperate things in hopes that I can make this happen. 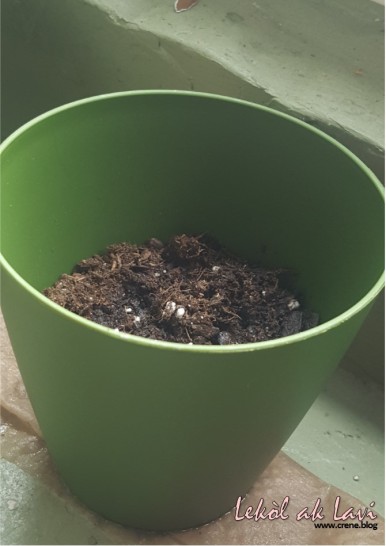 Now, we’ve reached week 3 and here is what I’m working with.

I lost a seed! 😥 I came home one day and found the seed just laying on the counter, out of the water. I still have no idea how that happened. It had the toothpicks and everything attached to it, but the question is, how did it get out of the water? No one in the house has confessed to the death of my baby seed. This brings me down to 9 remaining seeds.

I decided to transport the 3 remaining seeds from the water cups into the soil mixture.

And the 6 other seeds that I planted initially, are coming along nicely. The stems have emerged from the soil beautifully!

Fast forward to week 5, I’ve had some more casualties.

Some animal attacked my plants, so I lost 5 of my plants. Leaving me with only 4. Of the 4 remaining plants, one has not grown past two inches and it has been like this for the past 3 weeks. The other one has experienced a similar issue where it just stopped developing, but this one grew a few small leaves before it reached this stage.

The other one has experienced a similar issue where it just stopped developing, but this one grew a few small leaves before it reached this stage.

The third plant was also attacked, as I found it laying on the counter out of the soil. So I replanted it in the soil hoping the roots will re-take because I noticed that they were damaged. And damaged roots will make it difficult for the plant to properly develop.

Now we are left with my prized plant. I am rooting (get it? rooting? lol) for this one, it is growing perfectly.

I was seriously distraught about all of the plants that I lost because of this animal attack. The stress of this made me momentarily relocate the keneps to have Paulin watch over them at his place. Paulin even had two alarms set to remind him to water the plants every morning. So I have to give many thanks for their hand in caring for my plants. Oh, and I’m sure Paulin developed a little attached to them.

But when I finally brought them back home, I was now faced with the frustration of keeping them safe during and soon after Hurricane Irma. For instance, I left the house for a day and a half and came home to find my plants with limp leaves. This Miami heat is no joke, it completely dried out the soil. Between the animal attack and the Miami heat, I’m not sure if they will make it.

Also, may I quickly add, before my plants were killed off, I noticed that the ones that began their lives in the water cup flourished better than those that were initially planted in the soil. Now, I can’t deduce much from these findings because we had a small sample size and the limitation that the animal attack provided, but this is some pretty good anecdotal evidence, right? lol I’m sure the research on this is out there…UF probably has extensive research on this lol 👀

Well, all in all, I’m only optimistic about my prized plant. I’m not sure if the other 3 remaining plants will make it. With this being my first time doing this, I’ve learned a lot in the process. The main thing being, DO NOT leave your baby kenep plants outside overnight unattended, it will get attacked by animals!!

Rest assured, if some more keneps fall into my lap, I’m going to try this planting thing all over again to give away to my fellow kenep lovers.

Make sure you let me know NOW, in the comment section, if you want to be added to this list of “kenep lovers”.

Also, if you are interested in knowing more about growing this plant in Florida, the University of Florida Institute of Food and Agricultural Sciences has this publication for your reference.